The «world’s second greatest army», which is so much lauded on the propagandist TV channels is actually an army of executioners, rapists and marauders. 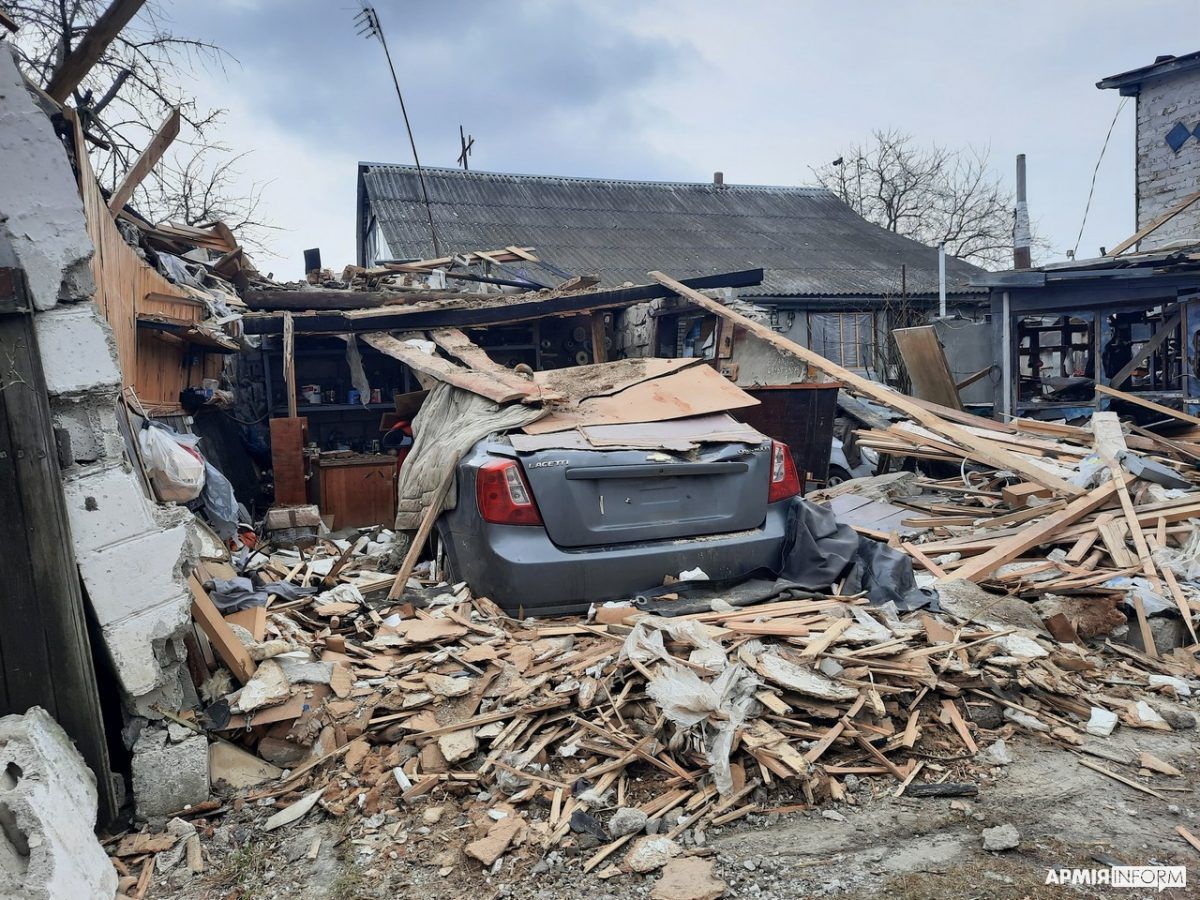 It’s hard to imagine but war crimes committed by russists in Ukraine after their invasion on February 24. And it’s not a separate case, but a common one; it frightens people, showing how immoral the russian society is. This society finds it quite normal thing to kill somebody, to rape a child, a teenager or even the newborn kid. For these people, it’s probably a common thing, or maybe a genetic habit.

The Security Service of Ukraine (SBU) intercepted the conversation between a russian occupant who fights in Kharkiv region and his father. The law enforcers received new pieces of evidence of russian atrocities in our country.

«How are you doing?», father asks.

«We’re in Kharkiv region now. We are now clearing the village», son replies.

«Well, there are some. They shell from outside of the village. Grads, mortars, Buks (Buk is a russian-made anti-aircraft missile launcher, - Holos Ukrainy). We proved our worth today. We basically seized the village from three directions and f***ing shelled it. We simply shelled these houses, we shot everything we could see – cars and houses… We f***ing demolished these houses with our tanks and APCs. We took two captives. One of them had his ear cut off».

«Why?», father asks in an indifferent voice.

«He didn’t want to talk, so we cut off his ear. Ha-ha-ha», the executioner laughs.

«No, it’s even too soft. It’s even fine, we didn’t even put a bullet to his forehead. We could just execute him with the APC. We could have just put him against the wall and empty a pouch of machine gun rounds, it’s 100 rounds. We could make a lot of holes in him. Well, all we could was to cut off a finger or two.

«Do people do that?»

«They just need to!»

Then, the invader excitedly tells his father how his comrades in arms rob the locals, taking theor fppd away from them.

«Do they give you combat meal, son?»

«Well, when we left our swampy area in russia, they did. But that’s it. The boys went on a reconnaissance trip and brought some sausage, mayonnaise and lard».

«Did they rob the grocery shop?»

«No, they just looted some people. Why, they don’t f***ing need it anyway… We’re armed and we have a tank. If they f***ing protest, we just destroy their house and then, people can just live outside if they want to».

Another conversation intercepted by the SBU features the voice of a russian occupant who is now deployed in eastern Ukraine, and the voices of his relatives in russia. It proves that the occupants shoot civilians who try to leave the occupied territories – without any doubts.

«They’ve got nowhere to go now. They are trying to leave in the night. We f***ing shoot them. I don’t pity them, even peaceful population. Whoever wanted to leave already did it. So we just pummel them, no one f***king cares».

The murderer’s voice sounds happy. The voice of the person sounds just the same; he doesn’t get surprised and shows no discontent, and he doesn’t even get desperate when hearing about the crimes committed by his relative.

For russian society, a crime against humanity is quite normal. What else could we expect from these beasts?